Web crawling and web scraping are staples of every data-centered business. In this article, we're analyzing the difference between these two activities. 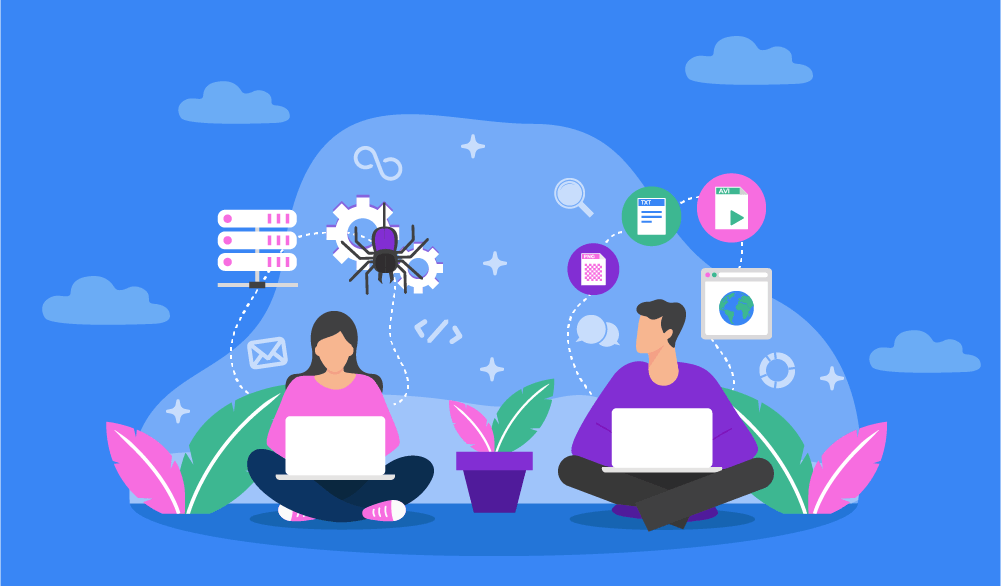 Oftentimes, web scraping and web crawling are considered to be interchangeable terms. However, these are two different activities, even though they share the same goal — to bring you organized and high-quality information.

Therefore, it’s important to figure out the difference between crawling and scraping if you want to better understand the data gathering process.

What is web crawling?

Web crawling is a process of going through a web page, understanding and indexing its content. The most prominent example of this activity is what any search engine like Google does — it sends special bots (collectively called Googlebot, in Google's case) to websites.

These bots are usually called crawlers or spiders (because spiders crawl, too.) They go through the content of each page, all the while trying to analyze the page's purpose — and then index it. After that, the search engine can quickly find the relevant websites for its users when they look something up online.

In its essence, web crawling is a process of recognizing what the given web page is about and cataloging this information.

What is web scraping?

This process is similar to crawling — we could even say that crawling is a part of scraping. During web scraping, bots (scrapers) go through the content of a web page — crawl through it — to gather the required data. Then, the scraper processes the obtained information, transforms it into a human-friendly format, and brings the results to you.

Some scrapers need precise data to fetch required results — you must provide them with the keywords that are relevant to the information you need, and often even with source websites. However, advanced scrapers can act more or less autonomously: They use artificial intelligence to figure out the relevant sources where they could gather the data you need.

As you can see, the difference between web scraping and web crawling is significant. The latter serves as an indexing activity, while the former is useful for data gathering.

When is web scraping used?

While crawling is a tool that’s primarily used by search engines, scraping has many more use cases. Anyone — from a simple student to a scientist and to a business — can benefit from this technology. However, you might experience some delays because of certain restrictions. We'll discuss the issues and solutions later.

To conduct academic research the right way, the research team needs data — and he more of it, the better: This enables scientists to draw more accurate conclusions. The internet has no shortage of data, but gaining access to it may be tricky — especially for non-technical professionals.

Web scraper can quickly fetch and parse any information the user needs. Simply tell the scraper which data to look for — and the bot will go sniffing around the internet.

An essential process that every company should adopt is market research: A continuous analysis of the company's offer and how it compares against the competition. Here are some typical questions to answer:

With the right data and tools, businesses can find answers to any question.

This use case might seem similar to the previous one, but it's somewhat different: Using web scraping, marketing managers can analyze data about marketing campaigns of competitors, target audience of a business they’re working with, the challenges of competition, and much more. Scraping can bring marketing managers unparalleled intelligence that will let them improve their strategies.

Artificial intelligence, along with its subset, machine learning, requires a lot of data to learn and advance. Web scraping can supply the ML system with a sufficient amount of information without creating a hassle for developers — that’s why scrapers are an integral part of machine learning.

At its core, web scraping is useful whenever we need accurate and extensive data to work with, so that’s why this technology has become so popular over the past few years: It simplifies and streamlines data gathering significantly.

In the mind of most web scraping enthusiasts, their activity is perfectly legal: "There is no law that would forbid online users to gather publicly available information!" US courts, however, have been drawing a different conclusion — and to this day, there's been no legal consensus on this matter: Different judges have different opinion regarding web scraping's legality.

In the end, it all comes to privacy (and convenience) of other users. As long as you’re not trying to reach private data or use gathered information with malicious intentions, you’re not breaking any law. If your web scraping activity simply brings you data you could find by yourself (with respect towards request limits, of course), you’re not violating anyone’s privacy.

Many website owners don't want their content to get scraped simply because they’re not pleased with giving advantage to their competitors. That’s why most sites are protected from scraping with various techniques. Here are the problems that might slow your data gathering process down.

Some websites won’t allow users from certain countries to view the content: This happens because IP addresses from these countries are the most common "offenders" (as the websites themselves see it.) Noticing an influx of web scraping bots from Region N, many websites find it easier to restrict access to users from said region altogether, although it's unfair to regular users.

Most websites can detect the activity of bots and deny them access to the content to protect it from getting scraped. CAPTCHAs are one of the anti-scraping technologies you might need to deal with during automated data gathering.

The behavior of a scraper

A web scraper is a robot, and it behaves like one. This makes it easy to detect for websites, so if you run the scraper without improving the way it works, your data gathering process will get jammed.

How to fix web scraping-related problems?

Each potential problem has a solution, and web scraping ones are no exception.

Residential proxies will let you bypass geo-restrictions. Also, they will let your bot avoid getting blocked. Without proxies, the scraper will send requests to the destination servers from the same IP address. Proxies will supply the robot with IPs so that it can set a new one for each request. Then, its activity will look less suspicious.

Requests from real users contain headers that tell the destination website about the browser, operating system, and so on. You can find ready-to-use libraries with headers — feed them to your scraper so that it doesn’t send suspiciously empty requests.

A slow pace will bring you further. Don’t overwhelm servers with hundreds of requests per second. Set your scraper to send fewer inquiries so that it’s activity doesn’t look like a DDoS attack.

❌ Further reading: 9 Tips To Prevent Your Proxies from Getting Blocked

Web scraping is a useful but complex process that requires expertise and additional tools. That’s why many businesses outsource data gathering to data scientists. But despite the technical complexity, scraping became a popular approach to gaining some kind of intelligence. 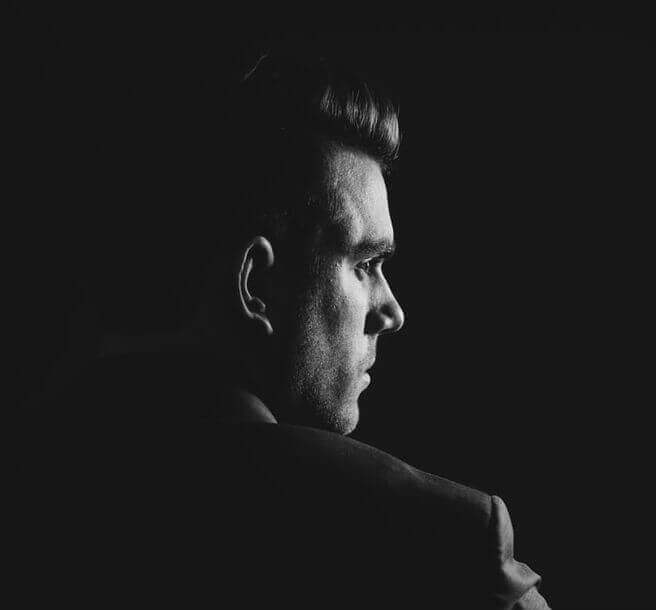